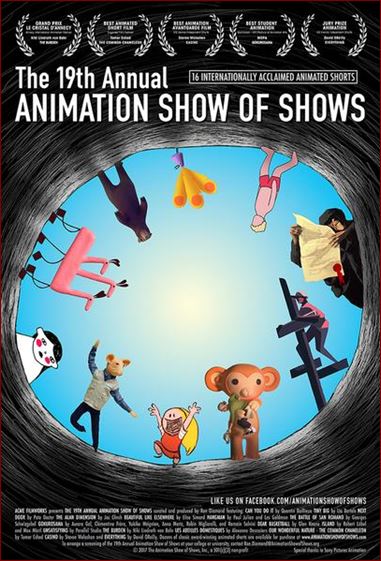 Watch the trailer for the 19th Annual Animation Show of Shows: https://www.youtube.com/watch?v=pQH9zrb6V9Q

This year’s FREE Summer Cinema series features eight acclaimed animated film screenings: 19th Annual Animation Show of Shows, The Triplets of Belleville, Wallace & Gromit: The Curse of the Were-Rabbit, Fantastic Mr. Fox, Ratatouille, The Iron Giant, Persepolis and Loving Vincent. Films will be screened Wednesdays at 7:30 p.m. at UCSB Campbell Hall and Fridays at 8:30 p.m. under the stars at the Santa Barbara County Courthouse Sunken Garden. The series runs from July 6 through August 24.

For Courthouse outdoor screenings, please bring blankets, low-to-the-ground beach chairs (seat must be no more than six inches above the ground), a picnic dinner, blankets and your friends. Filmgoers may begin setting up on the lawn at 12 noon on the day of the Courthouse screenings. Arrive early to find the best spots for this favorite Santa Barbara summer pastime!

Admission to all film screenings is FREE. For a full list of films and other information, please call UCSB Arts & Lectures at (805) 893-3535, or visit www.ArtsAndLectures.UCSB.edu.