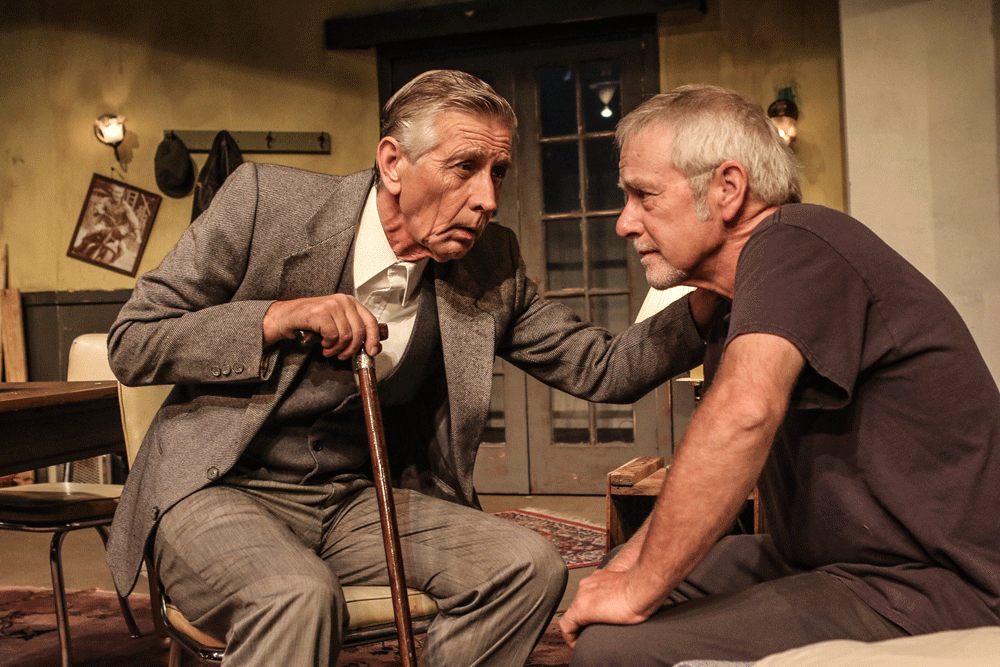 It may be an increasingly electronic world, but the eclectic world of live theater is proving it has staying power in Ventura County, culminating in a gala Tony-like affair of awards on February 26th.
Offering over 1,000 seats on any given weekend, the County’s six community theaters – part of the unique Four Star Theater Alliance -- tap into local talents presenting comedies, dramas, musicals and dramedies.
The gala affair is at 6:30 p.m. Sunday, Feb. 26 at the High Streets Art Center, 45 E. High Street in Moorpark. A limited amount of tickets ($15 in advance, $20 at the door) are available for the public at:www.HighStreetArtsCenter.com.
Veteran Ventura County actors Cecil Sutton and Taylor Kasch in a poignant scene from "The Night Alive," which won the most Oustanding Production Award for Santa Paula Theater Center from the Four Star Theater Alliance. Photo Credit: Brian Stethem 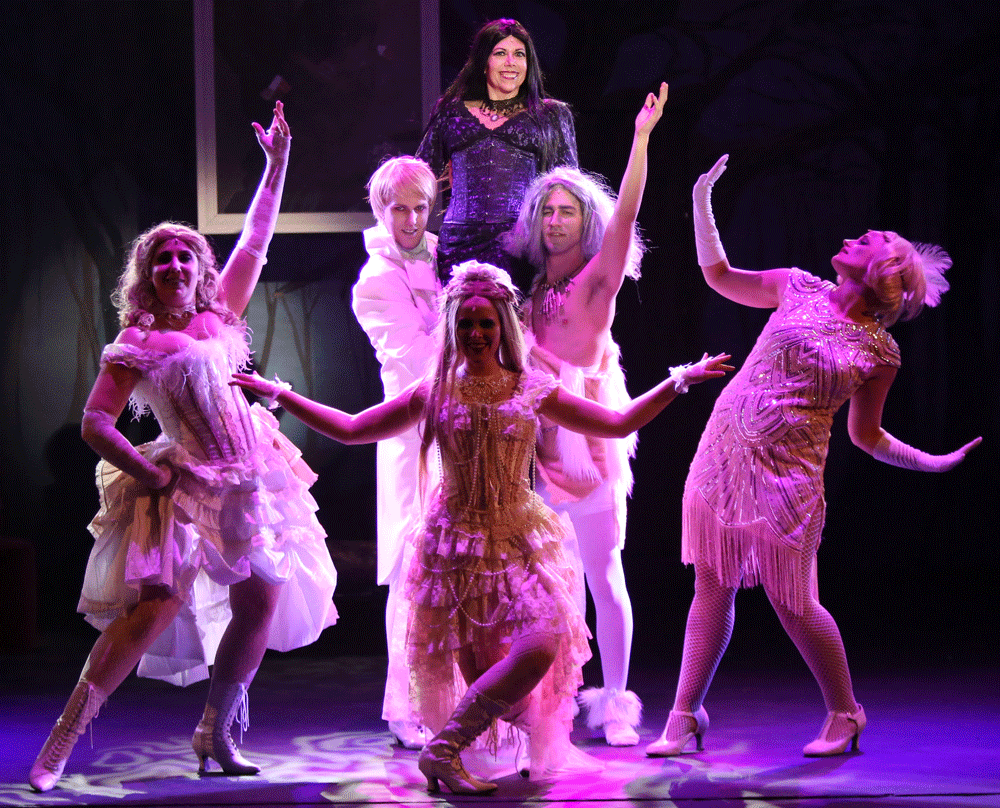 Morticia oversees a dance in "The Addams Family." Photo courtesy of High Street Art Center Theater.
As an example of diversity produced by Ventura's vibrant theater scene, the Alliance’s judges in December chose the most outstanding productions of 2016 from its six theaters, each of which produce 5-6 plays per year.
They are: “Nunsense” (Camarillo Skyway Playhouse), “Amadeus” (Conejo Players Theatre), “All My Sons” (Elite Theatre Company), “The Addams Family” (High Street Arts Center), “Skylight” (Ojai ACT ~ Art Center Theater) and “The Night Alive” (Santa Paula Theatre Center).
Judging by audience numbers, live theater in the county must be doing something right.
The Four-Star Awards are the county’s local equivalent of the Tonys. The six theaters are judged by five people from the other theaters, which helps foster fairness. The Alliance was formed in 2009 to encourage cooperation between the theaters by sharing resources, such as sets, props, costumes, tech crews and actors. It also filled an awards gap left when a newspaper stopped giving critics’ awards.
“The seriousness of the Four-Star Alliance has been proved” over those seven years, said Dean Johnson of Camarillo Skyway Playhouse. “Ventura County is a very heavy theater community, heads and shoulders above a lot of Los Angeles (community) theaters,” Johnson said.
Besides the six Alliance theaters, the county is home to the professional Rubicon Theater, various improv companies, traveling pros, colleges and smaller venues under 100 seats. 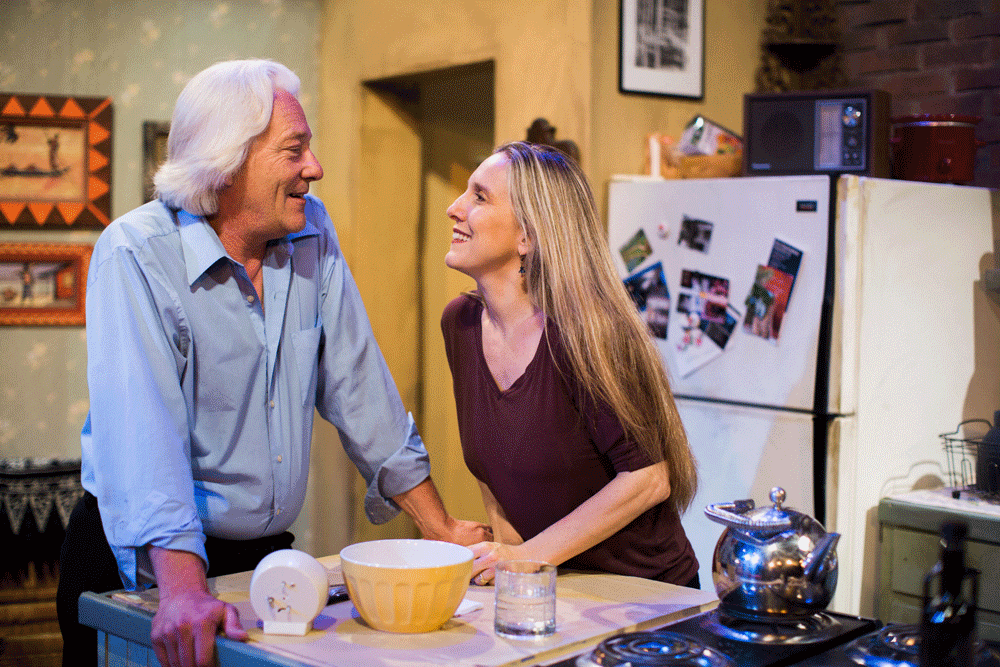 Trying to revitalize a long ago affair, Anna Kotula cooked a full aromatic meal on stage for Buddy Wilds in "Skylight,"
the drama that won the most Outstanding Production of Ojai ACT's 2016 season from the Four Star Theater Alliance.
Photo Credit: Brandi Crockett
The awards show on Feb. 26 at the High Street Theater includes short performances from each theater’s season and a popular slide show created by Steve Grumette of Ojai ACT.
Notably, the Alliance does not judge performances as “Best,” but rather as the most “Outstanding,” a subtle but critical distinction. Here’s the list of winners for the 2016 season:
Camarillo Skyway Playhouse

Elite Theatre Company
Lead Performances: Jim Seerden as Joe Keller in “All My Sons,” and Courtney Potter for many characters in “I Love You, You're Perfect, Now Change”
Featured Performances: Adam Womack as Allan in “Men of Tortuga” and Hanna Mitchell as Miss Casewell in “The Mousetrap”
Set Design: John Eslick, Will Shupe and Sheryl Jo Bedal for “All My Sons”
Sound Design: Emily Heulitt in “I Love You, You're Perfect, Now Change”
Lighting Design: Sam Thomas in “Men of Tortuga”
Costume Design: Beth Glasner in “The Mousetrap”
Direction: Brian Robert Harris for “All My Sons”
Overall Production: Vivien Latham for “All My Sons”
Judges’ Choice Award: Vivien Latham for “A Year That Feels Like a Lifetime Achievement”