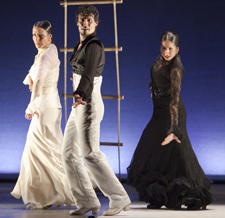 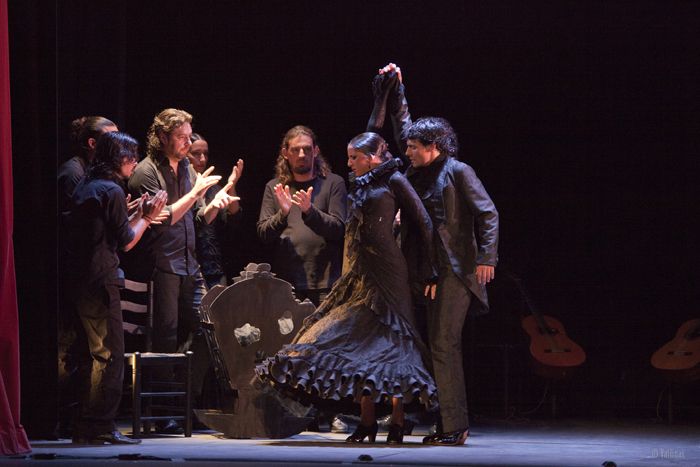 The production juxtaposed life and death in the form of two women: Lucia Campillo dressed in a lacey black dress and Esther Esteban in white. The women not only contrasted metaphorically but stylistically. While Esteban danced with a traditional Southern grace, Campillo captured Northern Spain’s modern flair.

This modern influence also appeared in Carmona’s perfectly planned movements. As the black-cladded Campillo and Carmona danced together in the first four acts, the performers’ similar styles illuminated a power struggle. Campillo aggressively danced with her victim as Carmona tried to resist death’s grip. Solea Ciega (rough translation: blind exposure to sunlight), the last performance before intermission, climaxed this dark dance with Campillo pulling the ends of a long scarf around Carmona’s arms. He remained immobile as the curtain fell; death won.

In the second half, Carmona came back to life with Esteban. Her feminine grace celebrated Carmona’s masculine energy. In his technical performance, Carmona’s stomps increased speed, and his feet blurred in a frenzy of motion. As he twirled, his curly hair sprayed droplets of sweat that glistened in the spotlight. The drops formed a fleeting cocoon around his all-white uniform creating a cradle-like protection from death and its omnipresent hold. 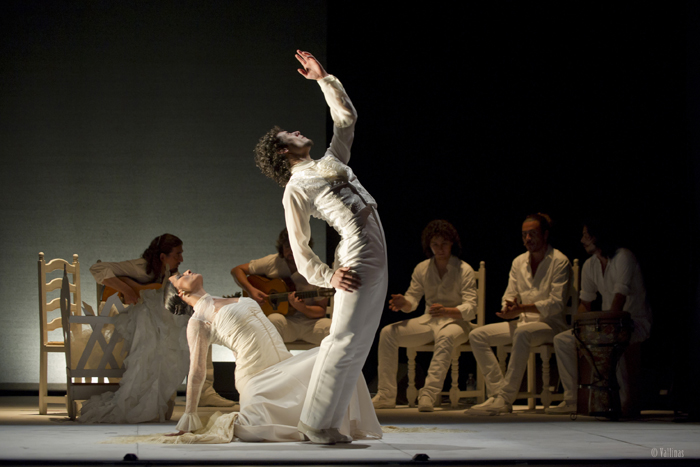 Artist Alejandro Diaz’s Exhibits A Can for all Seasons II