Written by
#Throw Back Mondays (originally posted 7/29/10)
Gregory Radionov is a quiet, unassuming, incredible artist. His watercolors are alive with color and texture and energy: each one tells a story you want to know more about. Thank goodness Radionov paints in series so the story becomes complete.
There is the lovely series of portraits of his sons in everyday life. These are painted with so much love and humor that you want to reach out and touch their cheeks. 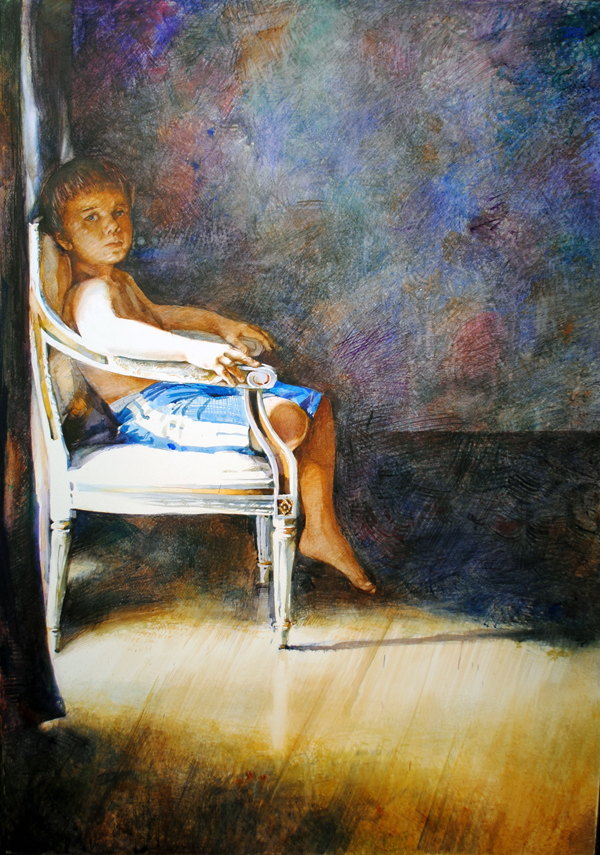 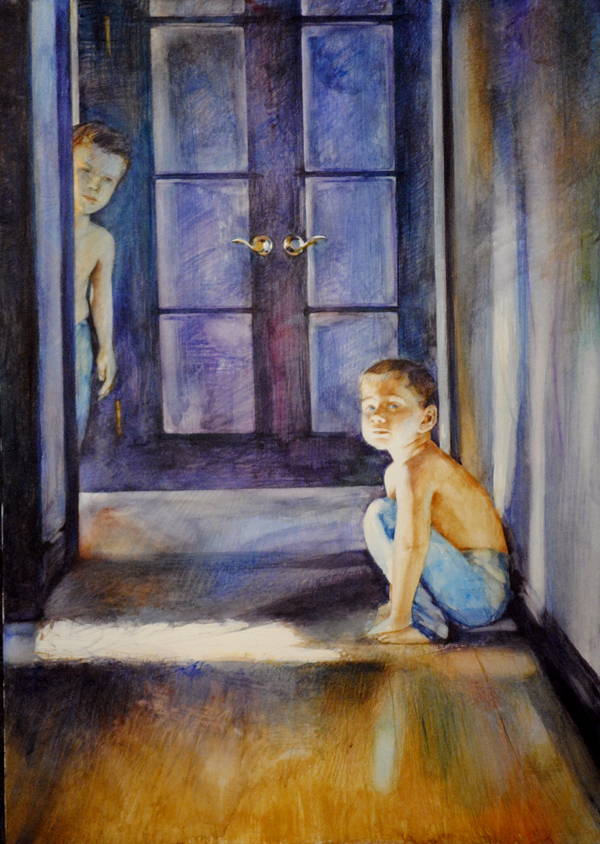 "Come out & play"
Radionov, who is originally from the Ukraine, loves to go to Venice Beach, “It reminds me of home!” His series of paintings “Venice Beach” reflect that love as he fondly depicts a variety of interesting characters found on the boardwalk. 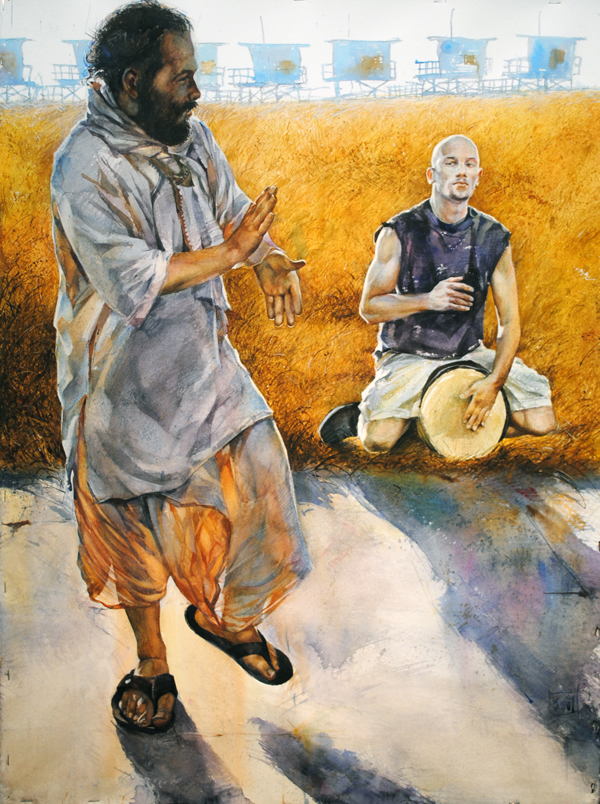 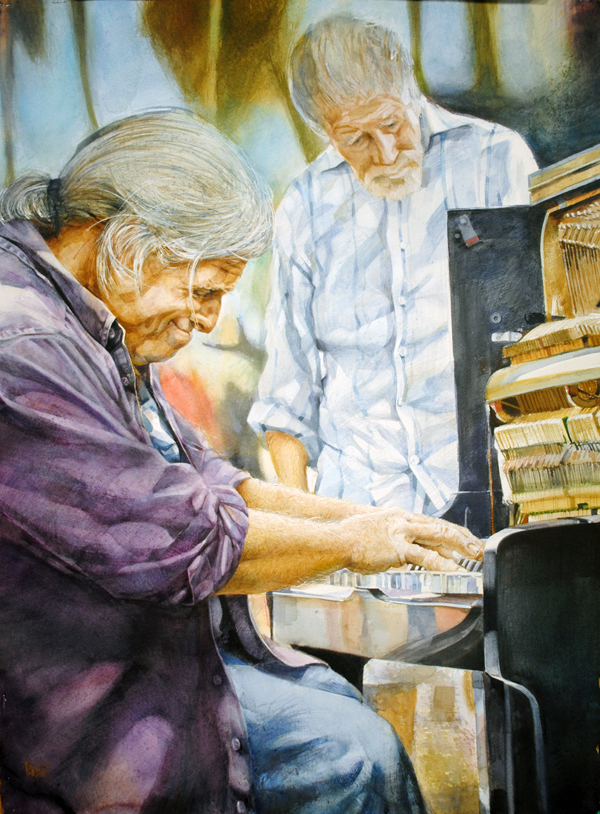 "Spectator"
The most important thing to know about Gregory Radionov, the artist, is that the man can draw…beautifully!
Radionov is a product of the Soviet system of specialized schooling. He was sent to Art School for grammar, high schools and 6 years of college. His skills are evident if, according to him, rusty. After achieving success after college, he, his wife and his parents immigrated to this country. They came to the Los Angeles area where Gregory and his father became successful cabinet makers in the Valley. 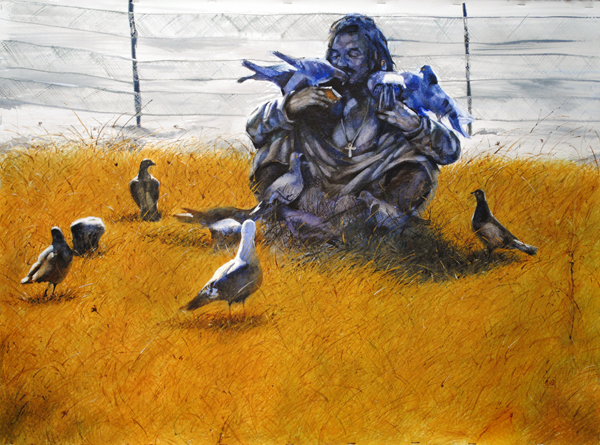 "Birdman"
During the struggle to survive and then thrive in this new land, he stopped painting. Slowly, over the last 3 or 4 years, Radionov has rediscovered his love of making art. Instead of oil paints he now uses watercolor, less mess and smell for a family man making art in the midst of raising that family. (He has just finished a makeover of his garage studio!) He admires Andrew Wyeth, not only for his technique, but for his courage of subject matter. 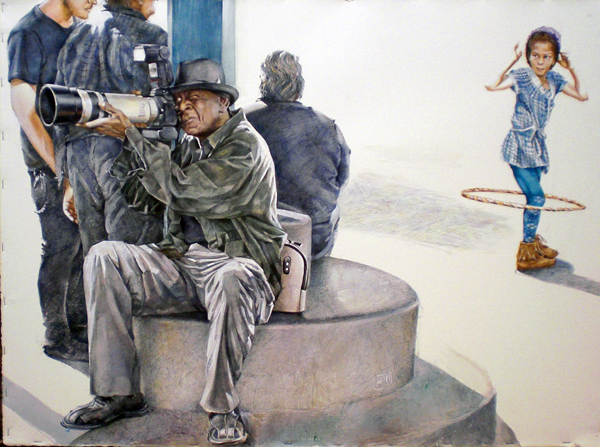 "Hula Girl"
Radionov feels he has only just begun, that he has perhaps a few more years before he really understands the medium. He says he is “painting things that won’t interest anyone” to keep himself out of the rat race of ‘art’. I love his work, even more in person than in photos, and think he has much to tell the world through his art. You see one and want to see more of life from his perspective.
http://www.artmajeur.com/radionov/
Read 7900 times
Tweet
Published in Artist Interviews

Vonder Gray has been a painter for over 45 years. She has participated in many shows in the New York, Boston and Southern California areas. Gray has owned several galleries on the east coast where she showed her work and the work of other artists. Her artwork is emotional, colorful and textural. “My soul is in each and every painting!”

She has been an actor & writer for 20 years. “What began on a whim has become an avocation. I love telling stories!” Gray has performed on both coasts. In 1999 she won a Backstage Critics Pick Performer of the Year for her role as a bag lady in Encounters In Passaic. That year she also won an award for her autobiographical performance piece Skydiver. (Gray is performing Skydiver at the WAV Theater Gallery in September & October of this year) She won a 4Star Theater Best Actress award for her performance as Boo in Last Night of Ballyhoo at the Ojai Art Center Theater in 2007. She is currently writing a sitcom with her writing partner, John Leamer, as well as working on several other writing projects.