Review: Arthur Miller’s All My Sons 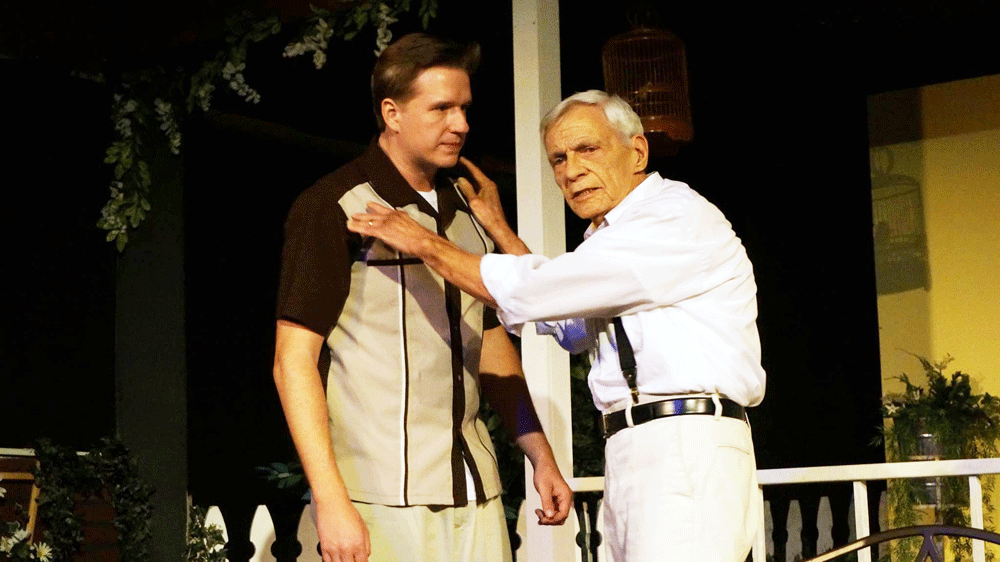 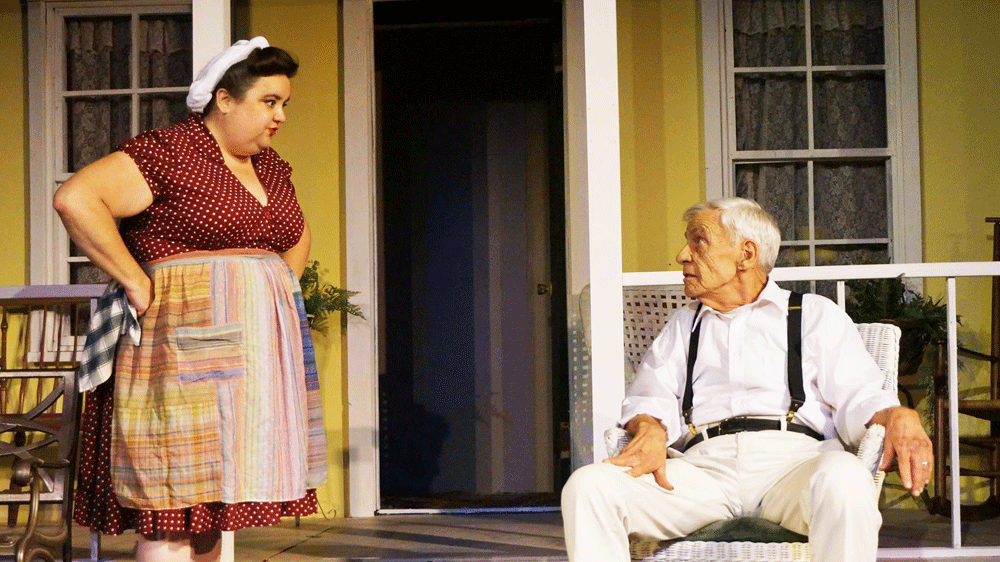 Kate Keller confronts her husband Joe in the classic American drama "ALL MY SONS" with Theresa Secor and Jim Seerden. Elite Theater Co Oxnard, CA
Review
Arthur Miller’s All My Sons
Big credit goes to the Elite Theatre for bringing in Arthur Miller’s All My Sons, one of the great classics of post-War American theatre. The play is multi-layered, dynamic, timeless, and superbly written. A must-see for all theatre fans.
Miller began writing the play in 1941, a particularly dark year during World War II. The war had been waged for over two years without a single major victory on the battlefield for our allies while at home the hardships of rationing, a complete lack of rubber for tires and sealing parts, with heavy shortages of sugar and other essentials were being felt across all of North America. By the time Miller finished writing the play and it premiered on Broadway in 1947, times had changed drastically with Allied victory and great optimism was sweeping the land as the beginning of a long surge in American industry and rapid growth of the American middle class began.
Some of the original darkness and pessimism remained in Miller’s final draft, while he added a new element: the beginnings of his career-long project of examining the underbelly of the American suburban middle class. However, the psychologically-charged drama of the play carried the day and the play was a great success with audiences, propelling Miller into the top rank of American playwrights; a status firmly cemented two years later with The Death of a Salesman. Miller claimed that All My Sons was only saved by a positive review from the New York Times’ influential critic, Brooks Atkinson. Miller need not have worried: the play netted Miller his initial Tony, for Best Author, later that year.
Contemporary audiences tend to view the play with considerably more distance than its original audiences would have had and tend to be less touched by the play’s darkness, which is minimal compared to a lot of more contemporary material. To a contemporary audience the play reads as a more timeless confrontation between competing desires within several interlocked families, conflicts between idealism and pragmatism, and the resulting compromises individuals believe they have to make to carry on with their lives.
In other words, today’s audiences tend to see the play as much more touchingly human; an exciting classic American drama where Miller deftly keeps us guessing about a lot of things right up to the very end.
Though masterfully written, the play is ambitious and presents some steep challenges for the actors. This is not an easy play for a community theatre to put on; it requires significant acting resources. The Elite company for the most part rises to the challenge, though at times erring on the side of over-doing things in both the blocking and the acting. 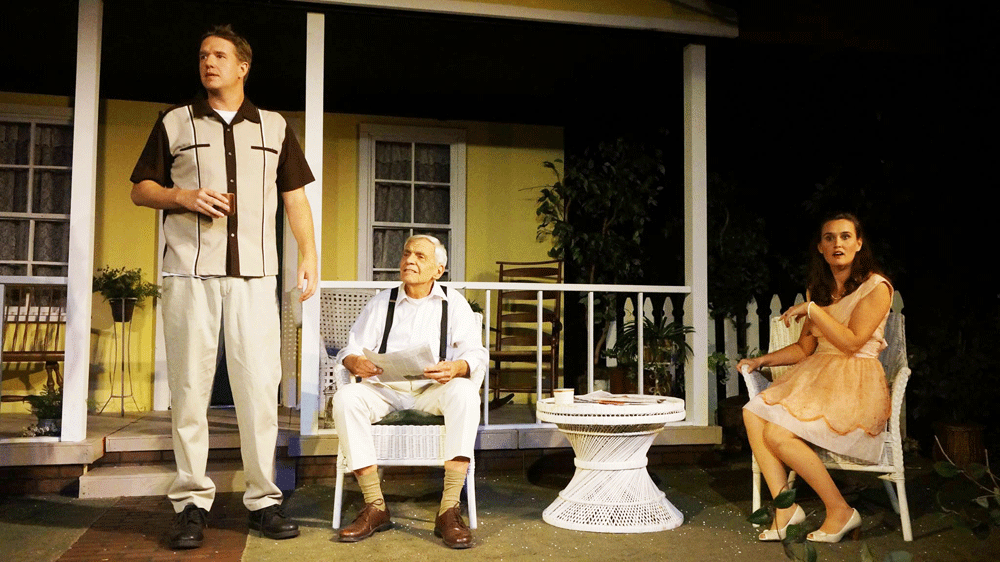