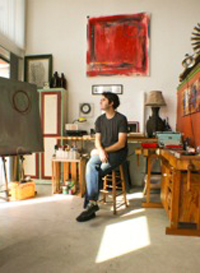 Society805 does an online interview of Nash Rightmer, a young Ventura artists currently living and working at the WAV [Working Artists Ventura] complex at Thompson and Ventura Avenue in Ventura. 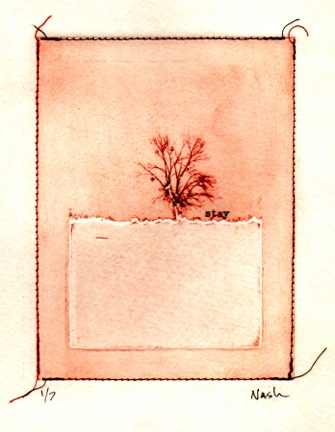 Society805 does an online interview of Nash Rightmer, a young Ventura artists currently living and working at the WAV [Working Artists Ventura] complex at Thompson and Ventura Avenue in Ventura.

S805  Your work has featured the integration of words and text into visual imagery. At first the tendency seemed to be to use the typewriter as a drawing instrument and integrate photographic materials into the images. Lately we’ve been seeing more painting and in some cases larger paintings exhibited. Could you talk a bit about what is driving this evolution in your work and where it is going?

Nash: Well, painting has always been a means of catharsis and release for me, and I definitely go through certain phases and shifts in creativity. It seems that I’m in one of those transitions, and at the moment, I’m attempting to explore a few new directions with the style and content of my work. Since moving to a new studio and home about a year ago, I’ve notice my work gradually becoming larger in scale, and more defined in its abstract qualities. I suspect that place and physical surrounding play a much larger role in a person’s life and work than we sometimes might expect. 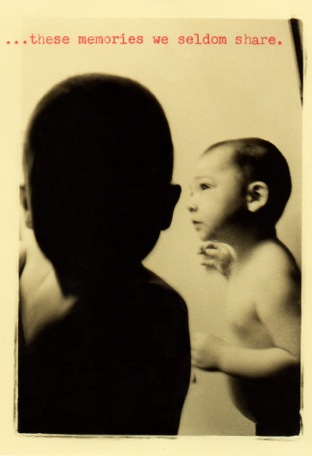 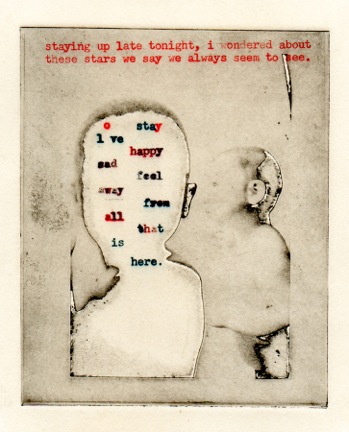 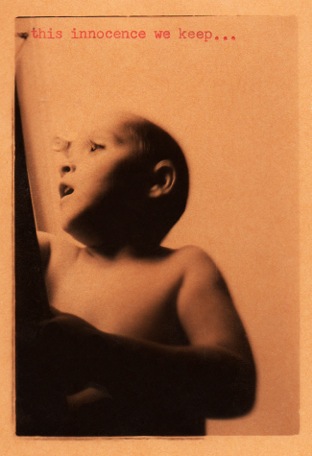 S805  What is your creative process? How do you approach new projects?

Nash: It depends on the type of work I’m pursuing. With photography, there’s much more of a linear process and a pragmatic sense of follow through. I usually carry a camera with me wherever I go so I can be ready to shoot if the moment arises. I’ve learned that especially in a documentary and street photography setting, you have to be aware and always prepared or you’ll likely miss the opportunity. For me, it’s usually revolved around being in the right place at the right time, able to capture a specific gesture or scene, which will then later become a tangible memory. I primarily shoot 35 mm black & white film and 4”x5” large format film, and make prints using a transparency print-film called Ortho-Litho. This was a process used by graphic artists to create layered work, titles, and other imagery before the appearance of photoshop and digital production. Its properties tend to yield a high contrast appearance, however, if you use a traditional black & white film developer, you can produce some beautiful tonality and unique subtleties that are difficult to achieve elsewhere. I’ve come to love this process because it allows me to layer images with type and other useful elements that can inform the viewer through emotion, nostalgia, and insight.

Painting and mixed media work is a completely different process for me. This type of work has always been more of an emotional outlet, and I expect that it has become more of a catalyst for me than anything else. When painting, I look for personal experience, feeling, and emotion to carry the piece, from aesthetic and composition to color, contrast, and form. This is usually an immediate response for me, and one that craves spontaneity, as opposed to mindful preparation. I’ve always associated it with how my first photography teacher, Professor Arimitsu, defined shooting “loosely” as shooting in a “haptic” manner. I also notice that my frame of mind and general well being is directly associated with the type of work I pursue and the amount of painting I accomplish. It’s a challenge at times to have the desire to paint, but be bound by certain limitations to successfully create something without it feeling contrived, awkward, and without meaning. However, in the end, I suppose the outcome will always be an extension and reflection of my inner life, which was exactly its purpose to begin with.

S805How does your work relate to the world today? To our timetimes?

Nash: I would definitely classify my painting style and mixed media work as contemporary and progressive. In this sense, its specific aesthetic and tone directly relate to this time in our society and culture; the present status of this moment. However, I suppose my approach to photography differs in its use of classical instruments to create moments of nostalgia and idiosyncratic behavior or routine. I am more interested in the mundane details of our everyday lives, as it is in these moments where mysticism and individual development occur and prevail. Every image has a life of its own, and is always a product of its specific time and place, especially in the instance of a documented and uninhibited occurrence, as with documentary photography.

S805  Who or what are your biggest influences? Where do you draw most of your inspiration from?

Nash: I have an interest and genuine respect for anything classified as Avant-garde; film, music, and literature, and usually enjoy anything that’s experimental or obscure in some nuanced way. I’m definitely influenced by these forms of expression in different ways, but most likely in a subversive level of acceptance; subjected and sensitive to the perpetual unveiling of life’s unique journey. Although I’m constantly surrounded by varying forms of art, culture and creative imagination, I really derive most of my inspiration from individual experience. It’s in these moments, however brief or extended they may be, where character is shaped and stories develop; and what better way to discover life than through your own personal interpretation of its true meaning and intended purpose.

S805Where were you born? Where did you grow up? When did you first know you were an artist?

Nash: I was born in Culver City, but didn’t grow up there. My mother, Connie, had me as a natural childbirth, and the birthing center was located there. I spent my early years in the San Fernando Valley, as well as a small town in Sacramento called Fair Oaks. My mom had moved there after my parents separated, and I moved up north to begin my fourth grade year of elementary school. We lived near the river, where we spent quite a bit of recreational time, especially with our dog Henry who loved to hike and swim and chase other inhabitants of the land. After a bit of time there, I moved back to Los Angeles where I lived until about 7 years ago, before moving to Ventura.

The moment I began to approach art seriously happened when I lived in Burbank. I recently took time off from studying film and cinematography, and continued to work nights at a coffee shop in town. I had assembled a darkroom in the guest bedroom of an apartment I was staying in, and decided to focus on black & white street photography, documentary filmmaking, as well as experimenting with abstract imagery, multiple exposures and alternative process photography.

One afternoon, my friend Minda came over with some acrylic paints and a large, unfettered blank canvas. We gessoed it for some texture, and then she taught me how to mix a few colors using a palette knife and some general color theory. This day would mark my first experience with abstract, expressionistic painting. I remember we were listening to a Nick Drake album on my back porch above a stairwell that led to a mature and flourishing Mulberry tree. The evening was coming to a close, and the sky was ravaged with cotton candy clouds of pink and sherbet. As I was getting caught in the moment, they appeared to be only an arms length above the porch we had nestled in. It was a sincere moment between both of us, and one that has not only led me on a journey of self discovery, but has also challenged my perception of a presumed, cohesive reality.

S805  Where is your studio? What would we see if we were to walk in your studio right now?

Nash: Last December, I moved into the WAV complex, which stands for Working Artists of Ventura, and houses a number of local artists from around the world. My fiancé Jessica, who is also an artist, was looking for a roommate as she had been living and working there since its conception. It seemed like the right time and a wonderful opportunity, so I decided to move my studio and thirty years of life with me, and now we have a great space to work and live comfortably, along with our other housemates, also known as Dottie the dog, Abby the cat, and Rumi the parrot. If you were to open our front door right now, the first sight would be that of Rumi, and he would most likely greet you with a “hello” or sing you a vague representation of the Andy Griffith Show theme song. Other than that, our visual work is on display throughout the studio, and currently we are attempting to finish an interesting puzzle of birds that’s neatly dispersed across our kitchen table. It’s very close to being finished.

S805  In conclusion, any parting thoughts? What would you like people to know about you work?

Nash: I just want to say thank you for giving me this opportunity to share some thoughts and moments from my life and the current state of my artistic endeavors. For those who read through it, thanks for taking some time out of your day. I don’t have a web site or blog yet, however my work is always on display at our studio.

This email address is being protected from spambots. You need JavaScript enabled to view it..