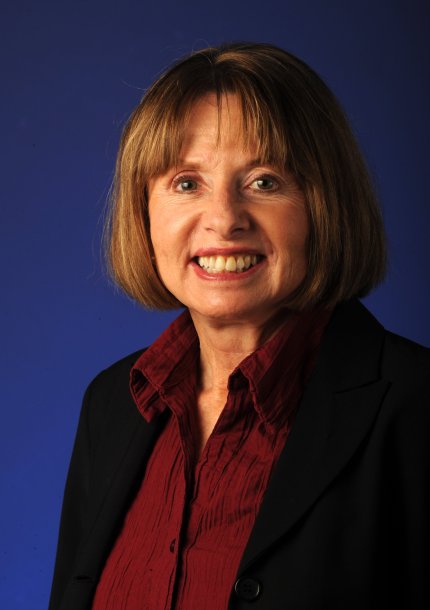 Cheryl Heitmann, Executive Director of the Ventura Music Festival, top vote-getter in Ventura City Council elections.
Pro-arts candidates sweep the recent Ventura City Council elections by overwhelming margins, with the top vote count going to the director of an arts non-profit, affirming the ongoing vigor and electoral strength of the arts in Ventura.  It was an instructive test, as the “arts slate” crossed party lines and was not the slate supported by any of the official party in Ventura.
Cheryl Heitmann, the Executive Director of the extremely popular Ventura Music Festival was the top vote-getter, followed by incumbents Carl Morehouse and Christy Weir. There were three seats open, as Heitmann essentially fills the seat vacated by retiring mayor, Bill Fulton. There was an appreciable gap in vote-count following the top three, with Ken Cozzens  a distant fourth, followed by Tea party candidate, Bill Knox, being the only other candidates to crack double-digit percentages of the vote.
Voter turnout was low, around 25 % compared to the 32-35 % predicted. This may have to do with the fact that for most voters, the council ticket was the only thing on the ballot.
Soon after the election results were in, Morehouse made a statement indicating that the election provided a positive mandate for what the council has been doing. Considering the number of serious new candidates, the intensity of much of the campaign, what was said at the various candidates’ forums, and the fact that a newcomer topped both incumbents, this may not be an accurate reading of the results. Morehouse, the top incumbent vote-getter, for example, received about 14 percent of a 25 percent turnout. This is only three-and-a-half percent of the registered voters; hardly a mandate by any stretch of the imagination.

Clearly a significant percentage of the electorate wants some kind of change or evolution in city council governance and policy. The question was, which direction and under what priorities. The election clearly points to an affirmation that the arts, creative industries and institutions, and related economic issues, play a key role in the future development of Ventura’s economy and planning. The election results also suggest that the electorate wants candidates who already know those issues and can build on the base of the current Ventura as a California arts and creative industries nexus. As mayor Bill Fulton pointed out, it is significant that the top-vote getter in this election is the director of an arts non-profit, with strong support and connections across the entire arts community.

Heitmann, with her vast experience working with local government organizations and proven track record in planning and  arts management is expected to hit the ground running and bring considerable  expertise to the city council. If anyone has a mandate coming out of this election, it seems to be Heitmann, which may represent a considerable step forward from the status quo. It may be hoped that this means a greater understanding of ground-level issues affecting not only artists, but all residents of Ventura interested in quality of life issues and leveraging cultural institutions to the benefit of the local economy.