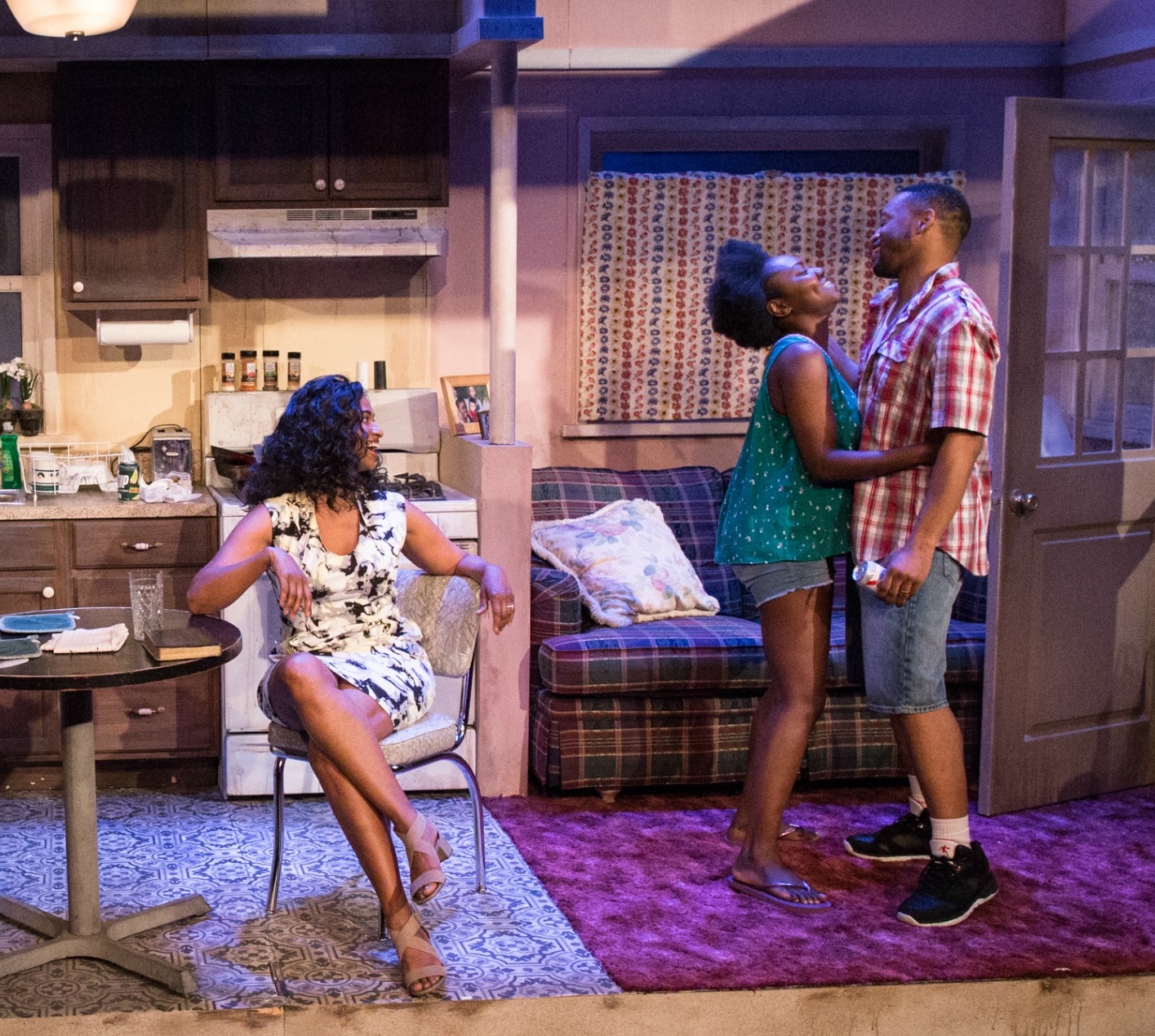 Theatre
Review
Baby Tangle
As May seems to be the month in the 805 for plays about deluded people living in trailers, Ventura's Rubicon offers us Jane Anderson's world premier of The Baby Dance: Mixed. A two act, highly charged emotional drama involving two couples, one who cannot have a baby, and a poor couple about to have one, Baby Dance: Mixed features an extraordinary cast. One highlight of this production, and a reason in itself for going to see it, is Krystle Rose Simmons' portrayal of Wanda, the pregnant woman.
Simmons performance is one of the strongest seen on Ventura stages in some time. She is surrounded by extremely capable and fine performances: Gabriel Lawrence's complexly rendered, slowly simmering Al, Wanda's husband; Tracey Leigh's fine and nuanced Regina, the adopting "mother"; Brian Robert Burns' conflicted Richard, the adopting "father"; and longtime stage veteran Carl Palmer's finely-honed Ron, the sage adoption lawyer. This is a fine ensemble cast in itself, more than enough to bring us in to see this play; but Simmons's performance takes the proceedings to a totally different level, making this a not-to-miss production. 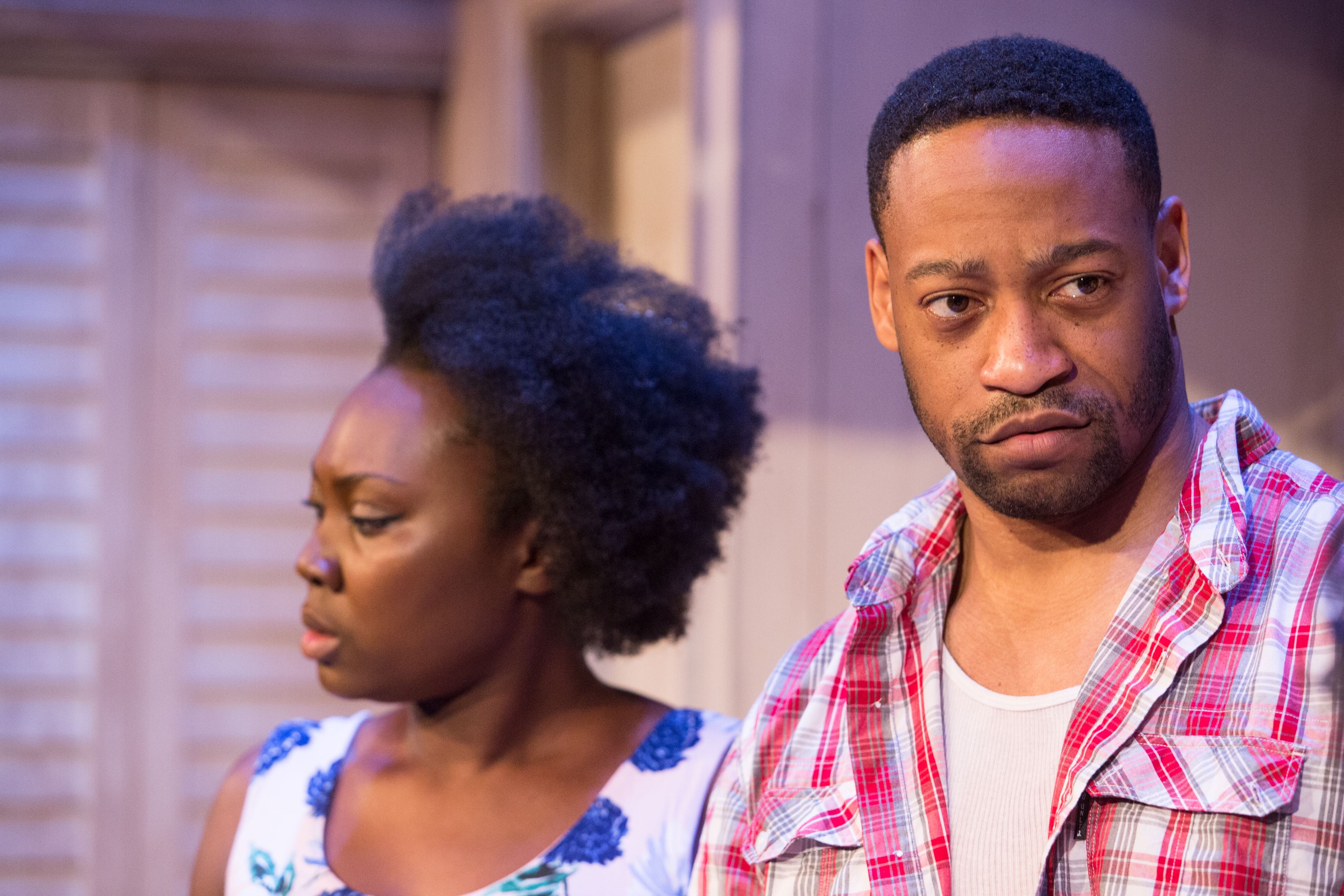 There are scenes of great depth and beauty in the acting: a scene of seering tenderness between Simmons and Lawrence in the first act; the testy back-and-forth between Simmons and Leigh in their opening encounter; the carefully calibrated interchanges between Leigh and Lawrence toward the end of the first act; the ensemble acting throughout; Palmer's work within the second act circus. This cast is working this script for all its worth. Every single one achieving fine moments. Underneath it all lurks Simmons' raw emotional power, in communion with forces slowly brewing below the surface of the proceedings, darkly, leading us toward the play's inexorable conclusion.

The script is a close re-working of Anderson's earlier adoption drama The Baby Dance, but the new material and changing the two couples involved to a mixed Jewish/Black couple and an all-Black couple really make this a different play. In spite of the attempted highlighting of the race issues, both plays are essentially morality tales about class. Even in the new Mixed version, the black issues are mostly about class differentiation within the Black American experience, especially in the long first act passage between the two women.

The new version was workshopped extensively with its Black cast members before opening. Thus, fortunately, we get a supper of collard greens and fried chicken instead of sandwiches. We also get a more realistic differentiation between Wanda's language, phrasing, and accent against Regina's highly educated, upwardly mobile American English. 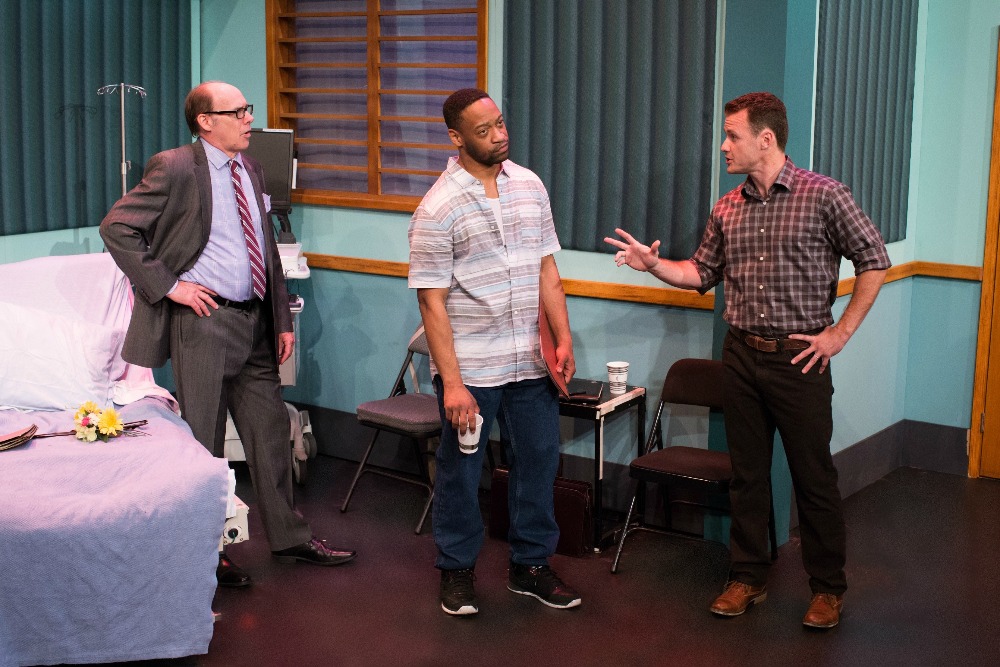 Even so, there's something strange about Anderson's script. First, the trailer park thing. Is a Black couple living in a trailer park with Hispanic neighbors in the deep South a realistic situation? The trailer park culture modeled in the play still feels very much like the White trash trailer park culture of the original play. Does this dimension of the original script translate into the new script? Of course all playwrights are free, even encouraged, to deconstruct any and all stereotypes. But this is a play about cast and stereotypes, so the question arises: is it an appropriately authentic portrayal? Does it ring true or false?

Second, the way conjugal violence is treated in the play. It is there, full force in one scene and below the surface throughout the first act: the kids are "staying" at the grandparents because the hubby "gets emotional," for instance. Yet once revealed, the issue of physical abuse disappears into the void for the rest of the play. This seems awkward structurally, perhaps irresponsible, morally. What is the playwright trying to do here? Why bring this element, critical to any decision regarding a baby, one would think, brought into the light, then forgotten with such facile disregard?

But enough, no flaws in the script can keep this juggernaut of a cast from delivering a terrific night of theatre.

Review: ETC’s The City of Conversation